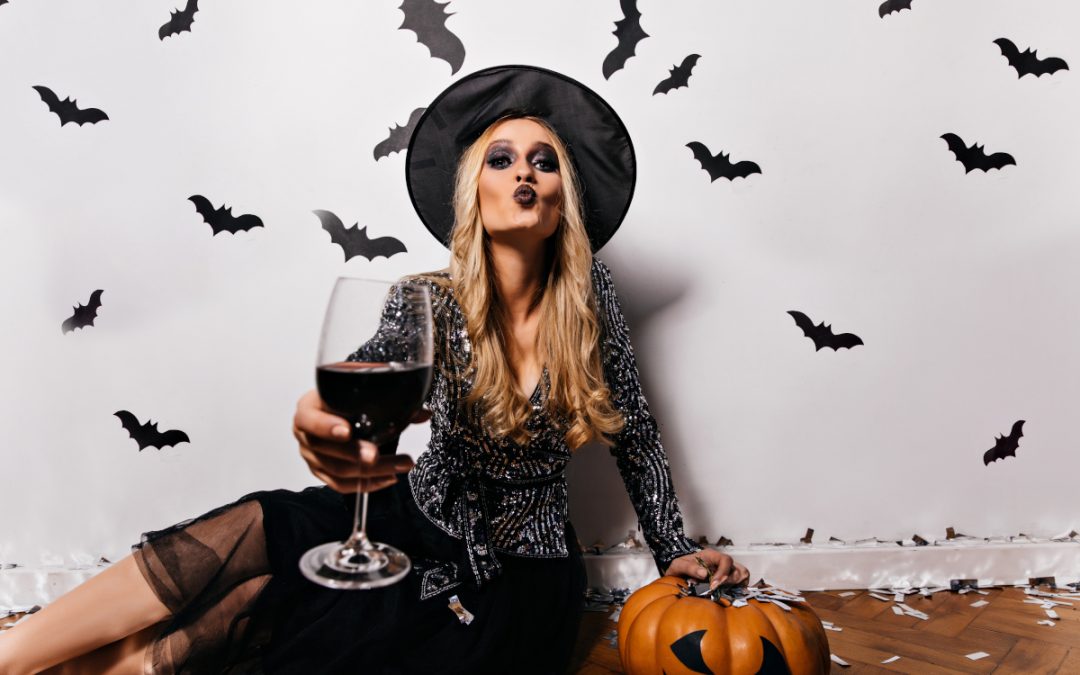 Halloween can be terrifying if you’re avoiding sugar and carbs. That’s why we’ve created a list of classic, modern, and funky horror films with perfect low-carb wine pairings. Sit back, sip, and enjoy some horror and wine!

The spooky season is all about thrills, chills, and treats. However, it can be pretty scary if you’re avoiding sugar and carbs (and not the fun kind of scary). That’s why we’re changing things up! Get your fill of horror and wine with some seriously chilling films. Plus, the wines we’ve paired them with are all “treats” and no “tricks.”

Prepare for delicious wine and a scary good time 🙂

Silence of the Lambs and a “Nice Chianti”

“A census taker once tried to test me. I ate his liver with some fava beans and a nice Chianti.” -Hannibal Lecter 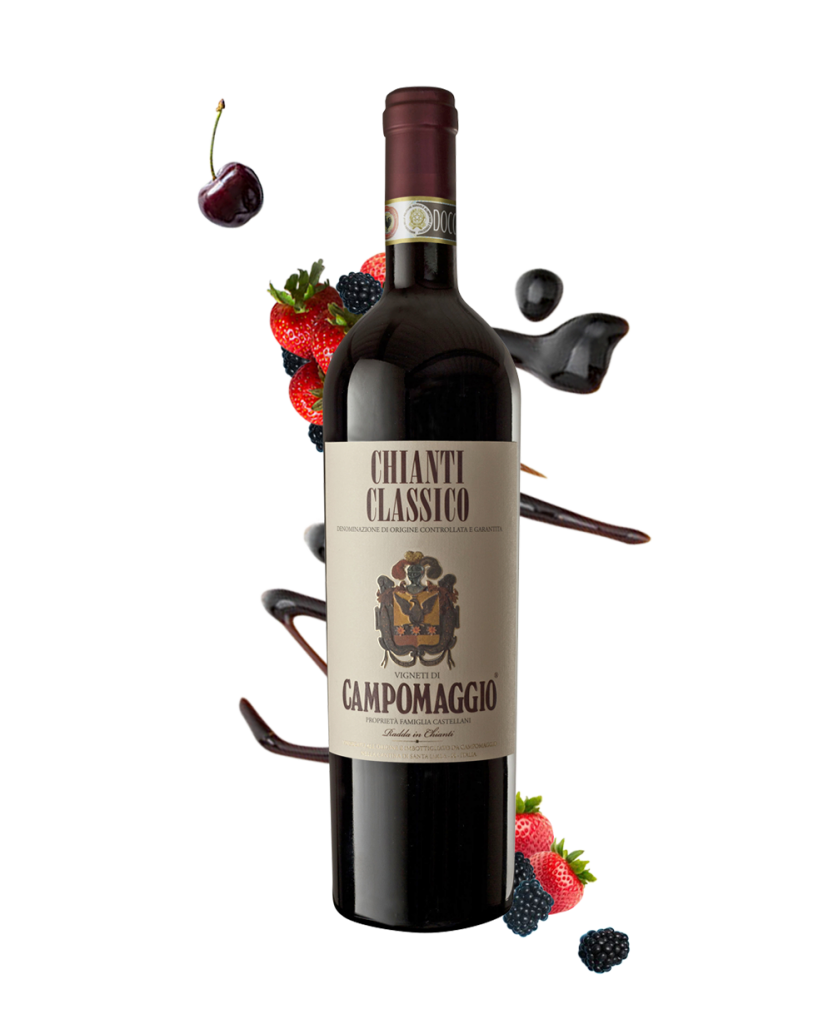 Talk about a food and wine pairing! You’re not required to eat liver and fava beans while watching this film, but a “nice Chianti” does seem fitting.

The Silence of the Lambs is a 1991 classic horror film starring Anthony Hopkins as Dr. Hannibal Lecter. He’s a brilliant psychiatrist, but he’s also a psychopathic genius and cannibalistic murderer. Jodie Foster plays a young FBI agent in training named Clarice Starling, who visits Dr. Lecter in his maximum security cell at the state hospital for the criminally insane. Agent Starling hopes that Dr. Lecter will lend his twisted expertise to the case she’s working on—tracking down “Buffalo Bill.”

To experience the full effect of this spooky film, we suggest a low-carb Chianti we think Hannibal Lecter himself would enjoy. With bold fruity notes and a hint of balsamic flavor, our Campomaggio Chianti Classico pairs perfectly with this classic 90s horror film. This juicy red wine also pairs well with meat, game, cheeses, and any other scary movie of your choosing.

“I don’t want you to get drunk, but that’s a very expensive glass of Chardonnay you’re NOT drinking there. It isn’t poisoned.” 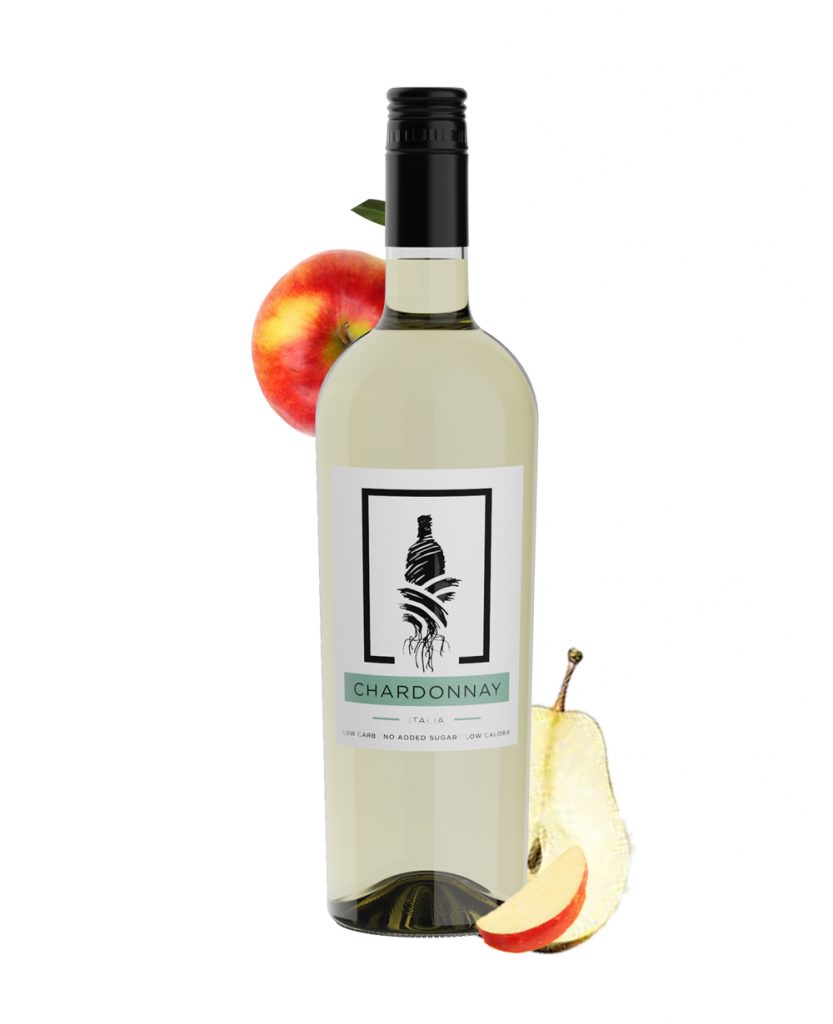 Patrick Bateman has it all: a posh career in investment banking, a New York City high-rise apartment, a taste in music far superior to his friends and colleagues, a gorgeous fiancée, and an even more beautiful wardrobe. But all of that American success comes with a price, and Patrick’s glamorous life might inevitably cost him everything. The 1987-set film stars Christian Bale as the suit-clad yuppie just looking to relieve some pressure.

As a warning, there is a fair amount of angsty violence in this cult-classic horror film. It IS titled American Psycho after all.

In the spirit of American elegance, we suggest sipping on Chardonnay while watching American Psycho. A crisp and lovely wine, the Terre Siciliane Chardonnay has light flavors of apple and pear. Along with the spooky film, this low-carb wine pairs nicely with seafood, salad, pasta, or with white meats. We hope you enjoy our Terre Siciliane Chardonnay, which is as soft and delicate as Patrick Bateman’s well-manicured hands.

The Shining and a Merlot with Warm Spices

“All work and no play makes Jack a dull boy…” 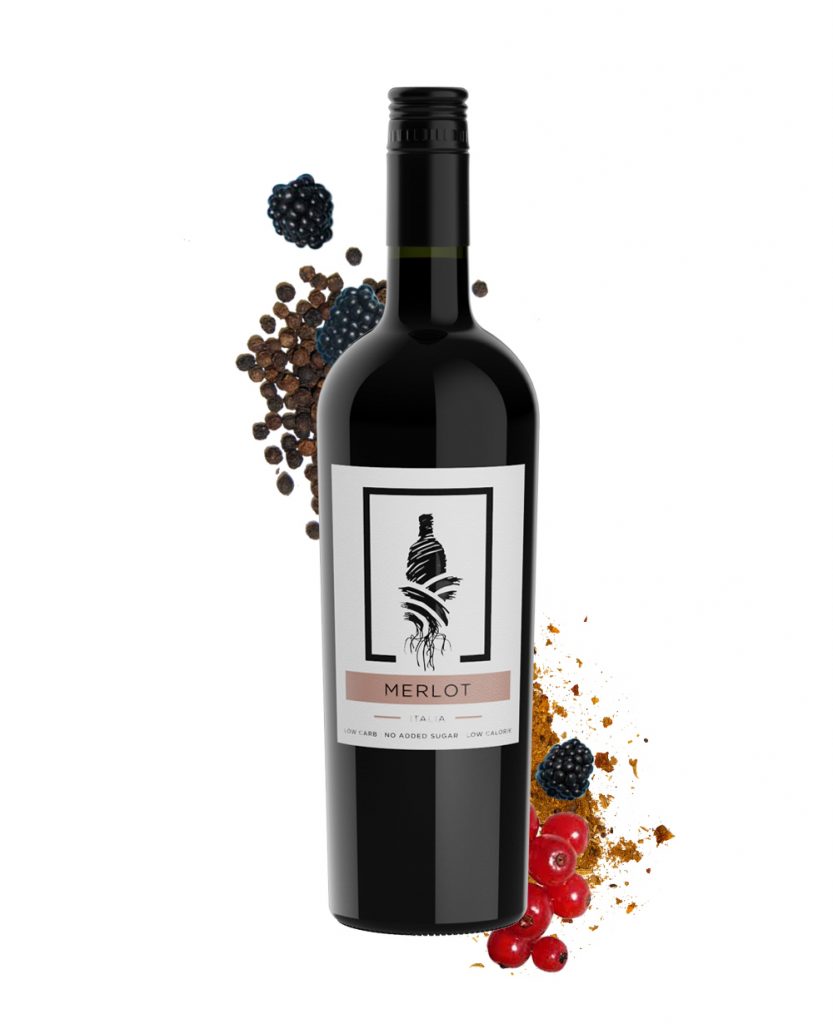 Jack, played by Jack Nicholson, is expected to spend the entire winter in the secluded Overlook Hotel with his family. Meanwhile, Jack’s young son has a rare psychic gift that he doesn’t yet understand. He calls this ability “the shining” and it enables him to witness the supernatural terrors of the hotel. But his son isn’t the only one affected by the powers of Overlook Hotel. As the harsh winter descends on the Torrance family, Jack also descends into reclusive madness.

Is it just us, or does simply thinking about this film give you the chills? Maybe it’s the freezing cold setting of the Overlook Hotel, or maybe it’s the feelings of raw isolation and deep-sinking paranoia that come with the story. That’s why we love to enjoy the warming spices of a rich Merlot with such a chilling movie.

Our Merlot is the perfect wine to warm things up. You might even call it “REDRUM,” because this Merlot is pretty killer (see what we did there?). With aromas of blackberry and red currant, the fruit-flavored notes and subtle hints of spice make this a great wine for sipping alongside grilled or roasted meats, and for pairing with various cheeses and horror films alike.

The Conjuring and Rosé

No quote. We freely admit this film is too spooky for a quotable one-liner. Beware! 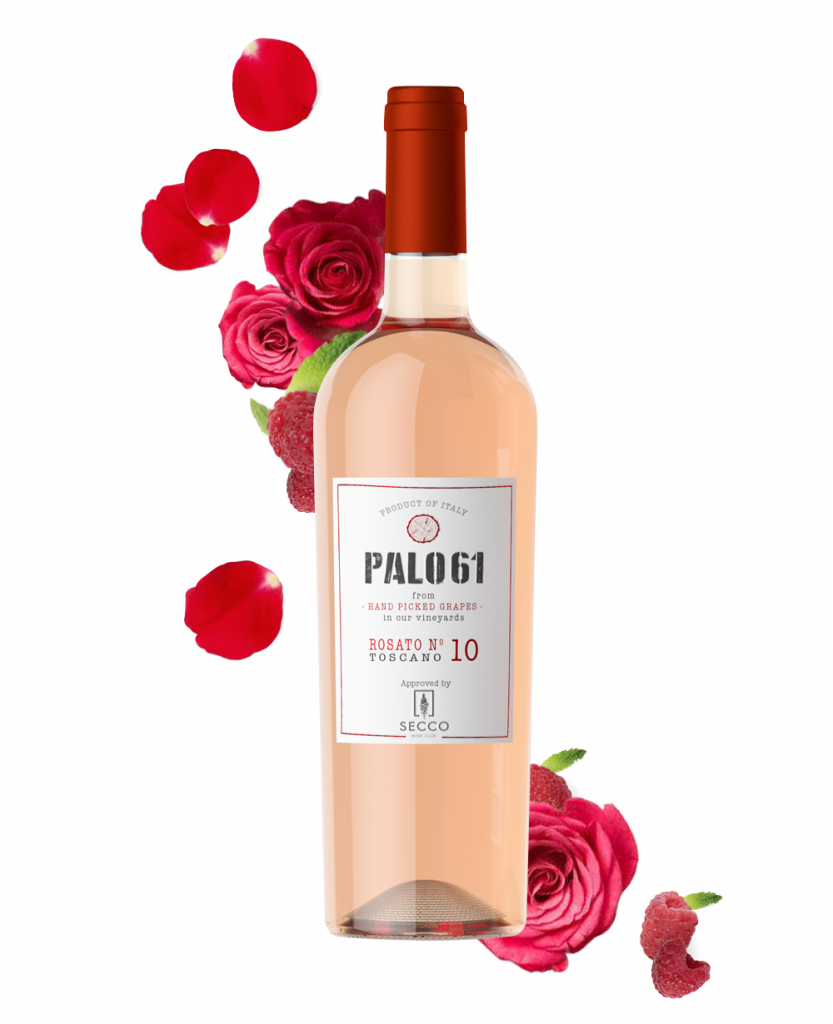 Honestly, we chose a fruity Rosé to remind us that the world is bright and that spring will come again. And after watching this film, you’ll understand why we so desperately needed that.

The Conjuring is a movie that features the real-life couple, Ed and Lorraine Warren, who are known for their paranormal investigations. In the film, a family with five daughters has moved into an extremely haunted house, and they eventually call on the Warrens to come investigate their home. Ed and Lorraine agree to visit the home, and the ensuing events and discoveries that play out onscreen are absolutely terrifying. Get ready to jump out of your chair, skin, and possibly even the room.

Watch The Conjuring through Rosé-tinted glasses, with our PALO61, Toscana Rosato. When you’re being tormented by the baddest of all haunted houses, a bit of sweetness in the form of dry raspberries is the best way to remember the good things of the world. Plus, you’re just going to want a pretty little pick-me-up during that fright fest of a spooky film.

Shaun of the Dead and a Light Red Wine

“You promised you’d try red wine instead of beer!” 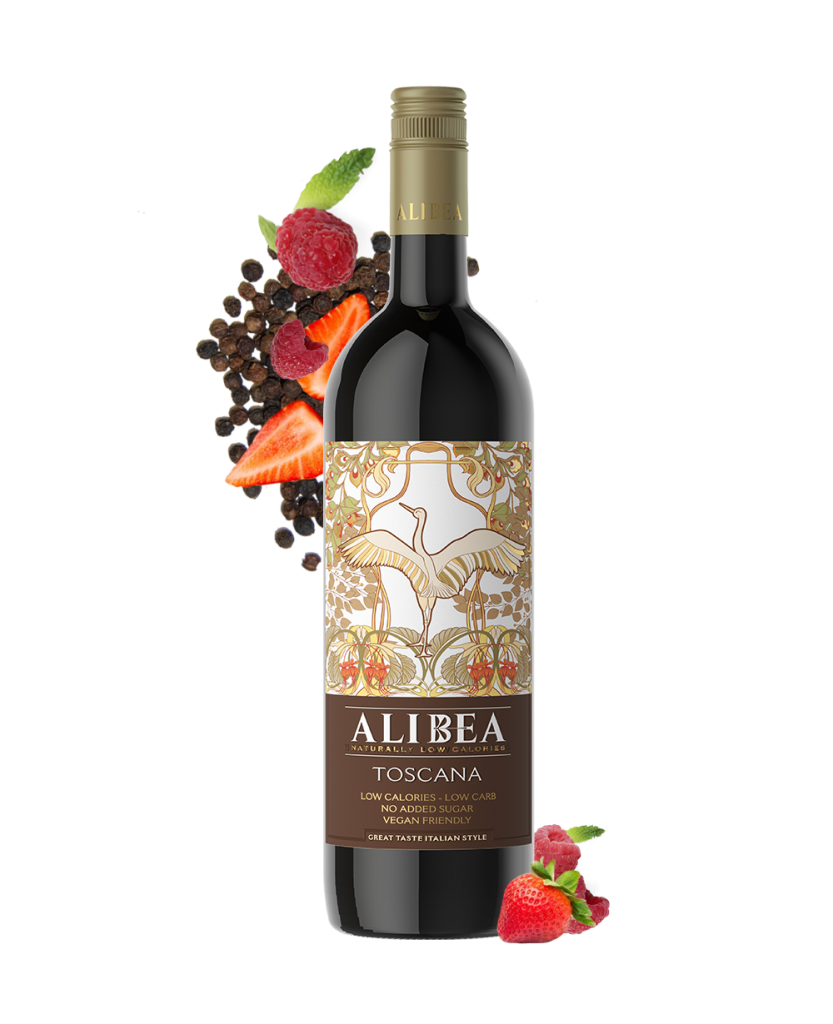 If you need something a bit lighter (especially after The Conjuring), then Shaun of the Dead will quickly lift the mood. You might not be covering your eyes in fear, but you’ll probably be holding your sides with laughter. Funny-man Simon Pegg is Shaun (yes, ‘of the dead’), who is woefully unaware of the zombie apocalypse that has just begun around him. Once made aware, Shaun and his ragtag team of friends hunker down in the local pub to withstand the zombie hoards.

This early 2000s horror comedy is funnier than frightening, and calls for a light wine to complement the light tone. Our low-carb and low-alcohol Alibea, Toscano Rosso, is our favorite to sip while watching Shaun of the Dead. Plus, with lower alcohol and lower calories, this health-conscious red wine is a necessity for any respectable zombie apocalypse preparation. Consider the fresh and fruity aroma a nice bonus.

What We Do In The Shadows and Pinot Noir 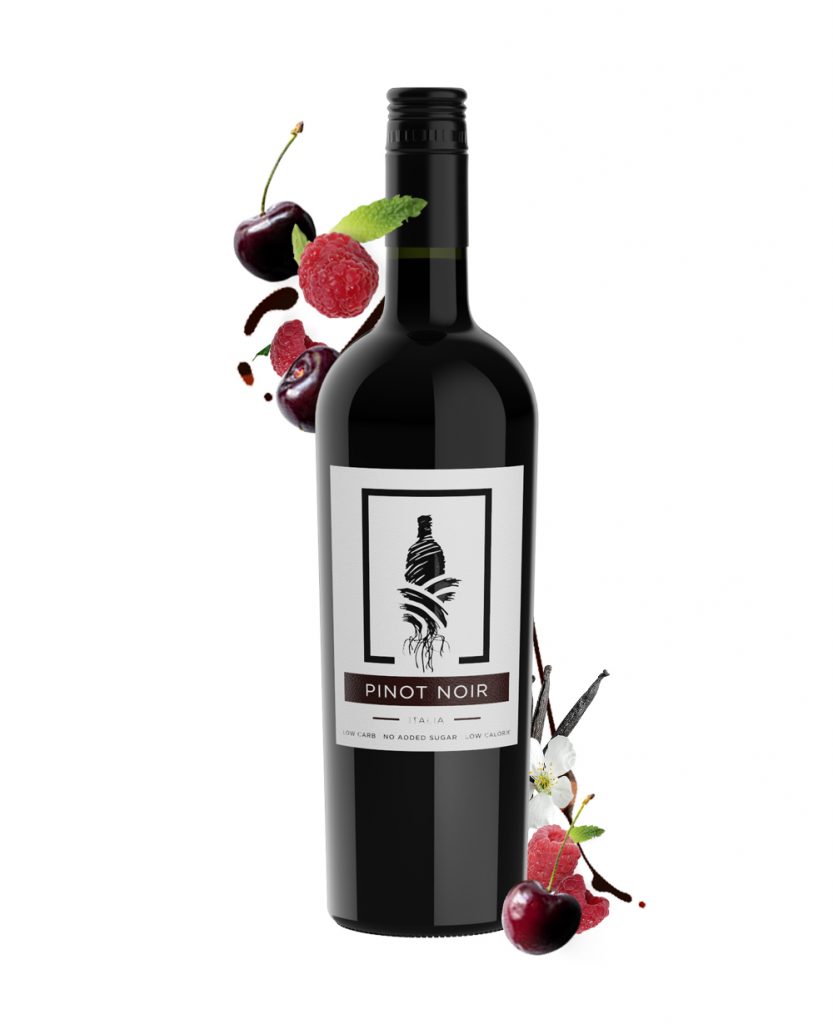 Another selection that’s more comedy than it is horror, What We Do In The Shadows features four vampire roommates that are followed around by a modern-day documentary crew. This mockumentary style movie inspired the television series of the same name, and was created by comedic talents Jemaine Clement and Taika Waititi. The “documentary” highlights the romantic, social, and daily lives of the four roommates—Deacon, Petyr, Viago, and Vladislav—who hilariously incorporate their immortal and undead ways with the very real 21st century-world.

It’s only fitting to pair a classic wine with the classic subject of vampires, and Pinot Noir is our choice wine for the occasion. The velvet-wearing vampires from What We Do In The Shadows would love this particular wine, which is as dark and smooth as they are. Pair this Pinot with any assortment of meats and cheeses, or with your favorite suave vampire 😉

Enjoy a Spooky Night of Horror and Wine!

There are plenty of ways to celebrate Spooky Season, and watching a great horror flick is just one of them. We hope these suggestions have put you into a prime wine-sipping, scary movie watching mood, because there’s no better way for wine-lovers to celebrate Halloween than with horror and wine.

Need more wine options for your scary movie binge? We recommend having a variety on hand so you’ll have the perfect bottle for every occasion. Sign up for our wine subscription for bottles delivered right to your door, and don’t forget to follow us for even more tips, updates, and special wine pairing recommendations.